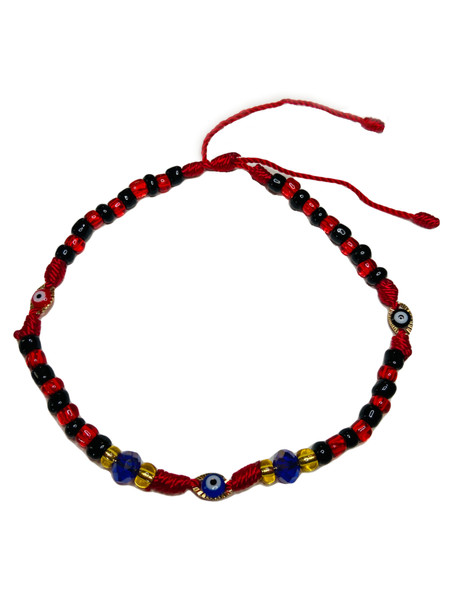 Ankle bracelets can be worn as a rite of passage that helps change a person’s destiny for the better. Think of it as a prescription that should be undertaken by those who have a need for it to heal their lives. Ankle bracelets in the patterns and colors of Orishas, Saints, and Gods. It is a good idea to wear it to clear the mind of negativity and connect to higher guidance.